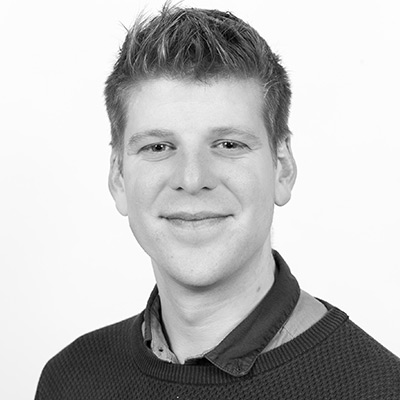 Wim is a Research Manager at Earthwatch Europe and a research associate at the Environmental Change Institute at the University of Oxford. He is an environmental scientist who specialised in the biogeochemistry of the natural environment.

As a biogeochemist, he believes that to truly understand the natural environment and how humans impact it, it's not enough to, for example, only understand plant growth and reproduction (biology). You should also understand the chemical processes that take place in the soil in which it grows, the air it breathes and the water it uses (chemistry), and understand how this differs spatially and temporally (geoscience).

His research focuses on understanding how both human-induced and natural disturbance influence the mobilisation, transport and storage of nutrients in forests, grasslands, wetlands and agricultural areas in different parts of the world. This information can be used to predict the impact of disturbances (like land use or climate change) and management practices (like conservation agriculture or habitat restoration) on the quality of ecosystems and water bodies.

For most people who knew me growing up, it was not a surprise that I ended up being an environmental scientist. As a kid I lived next to a nature reserve in Belgium, and when weather permitted I would always be out there in nature, exploring and discovering. On rainy days I would spend my days reading illustrated atlases, encyclopaedias and wildlife guides, and I'd later read popular science magazines. I'd be amazed about the discoveries described and how experimental set-ups and monitoring of natural phenomena could provide so much information. I realised that's what I wanted to do – to be one of those people who collect data and set up experiments to understand how the environment functions, how it's shaped and how humans benefit from it and at the same time influence it.

As a geography student, I had the opportunity to study how soil and water conservation measures prevented soil degradation and enhanced water availability for crop growth in the northern Ethiopian Highlands during my master’s project. More than 10 years later, I'm still hooked on the scientific process but focus more on the role citizens can play in it by producing societal and economical relevant knowledge.

As a lead scientist in a project looking at the effects of climate change on the carbon dynamics in woodlands, I spent several months measuring the uptake and release of carbon with volunteers from corporate organisations in a woodland (Wytham Woods) near Oxford. I learned heaps about how to communicate research questions whilst providing them with the scientific knowledge required to take positive actions to mitigate their environmental impact at home and at work.

Besides collecting scientifically relevant data, it's extremely rewarding to experience first-hand the transformational effect on people’s values and beliefs of reconnecting them with nature. As a scientist, it is as a much an opportunity to reflect about your own environmental beliefs and values as an opportunity to reflect on the relevance and impact of your research efforts. It reinforced my belief that there is a common ground to protect and use our natural resources sustainably in an ever changing world.