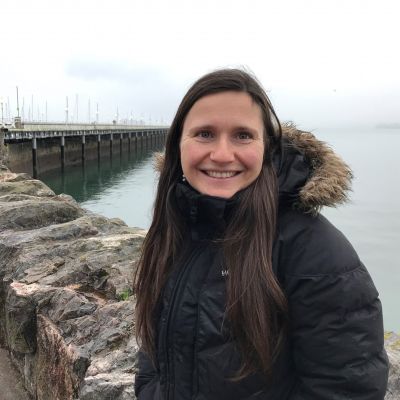 My background is in marine biology/conservation, with an interest particularly in tropical environments, having studied Marine Biology and Zoology for my BSc, followed my an MSc in Marine Environmental Protection, both at Bangor University in North Wales.

My MSc project involved 10 weeks in the field in Rodrigues, Mauritius, to do my thesis on MPA effectiveness (titled “Benthic Habitat and Fish Population Assessment of the Proposed Marine Protected Area (MPA) of Grand Bassin in the Rodrigues Lagoon)”.

I then worked in the field in Fiji on a marine conservation research project looking at community MPAs for an international volunteering NGO for six months in 2007, where I also got my PADI Divemaster, then came to Earthwatch as a Research officer in January 2008.

I always wanted to be a marine biologist from the first time I heard that such a job existed (when I was about 10, I think – around about the time the BBC series “Life In The Freezer” was released). There wasn’t any opportunity to study it at school, but I had loads of books and watched all the marine wildlife documentary series that came out! I took a gap year too, learnt to dive and joined a marine conservation programme in Madagascar for three months, doing diving and snorkelling surveys on coral reefs out there.