Please tell us more about your role with Earthwatch.

I am the new FreshWater Watch Research Lead with Earthwatch Europe. My role will involve bringing together data collected by our FreshWater Watch citizen scientists and making it relevant for the public, policy and science.

What excites you most about the FreshWater Watch programme?

I was thrilled to join the FreshWater Watch team as it combines both my love for all things water-y and getting to work alongside communities across the globe. Our freshwaters are facing unprecedented challenges from pollution to climate change to damming to over-abstraction. We need to work together to address these challenges, and I am so pleased to be in a role that is working to empower others in doing just that.

You recently founded your own community group for lake Windermere – can you tell us a bit more?

It is called the Windermere Dippas after my friends swimming group called the Dippa Sistas (and some honourary mistas). We go swimming in lake Windermere, England’s largest and longest lake throughout the year. In summer months, it is not uncommon for us swimmers to get ill following a dip in the lake. My PhD looked into the water quality of Windermere and other lakes that feed into it and found that sewage treatment was a key driver of ecological change in the lakes. More recently, a campaign by Matt Staniek has raised the public profile about the issues of sewage in Windermere and its threat to the ecology of the lake such as the rare Arctic Charr. It follows other campaigns throughout the UK that are highlighting this pervasive problem. 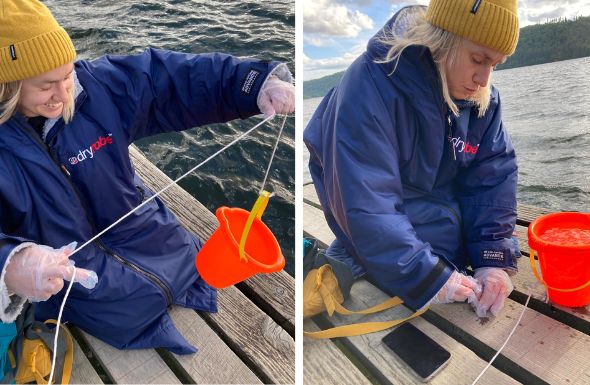 Why did you want to start monitoring lake Windermere?

I wanted to start a FreshWater Watch monitoring group on lake Windermere for several reasons:

There have been the odd FreshWater Watch samples up north but none had ever been collected for lake Windermere. I thought this mad considering its role in our natural-cultural heritage and the millions of tourists who flock to the Lake District every year. Plus, as a stalwart Northerner, I am determined to see more FreshWater Watch community groups based in the north. Northerners our time is nigh!

Whilst my pals are very engaged with the issues of water quality, they often don’t know how to help. I wanted to showcase FreshWater Watch as a monitoring tool and how the data can teach us more about what is actually going on in our beloved lake. I intend to rope in as many as my swimming pals as I can to start monitoring. 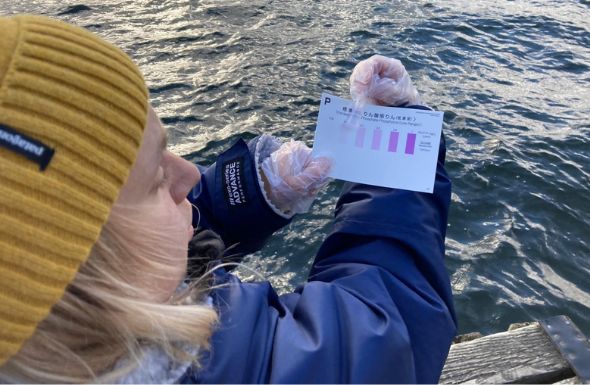 The water quality data produced by FreshWater Watch can be used to support Environment Agency monitoring data and The Big Windermere survey lead by the Freshwater Biological Association and Lancaster University which will involve citizens collecting water samples to be analysed from all around Windermere in late June. Most monitoring programmes have been cut due to lack of government funding and so, there are a lot of gaps in terms of what, where and when monitoring is occurring. FreshWater Watch is a scientifically robust tool that can be used to fill in these vital data gaps, as highlighted through our work on the Evenlode Catchment Partnership.

Ultimately, the data produced by FreshWater Watch and other water quality monitoring provides key evidence which supports campaigns such as Matt Staniek’s in Windermere. It is an important tool to help pressure those in charge of managing our precious freshwater ecosystems to do more and quicker. 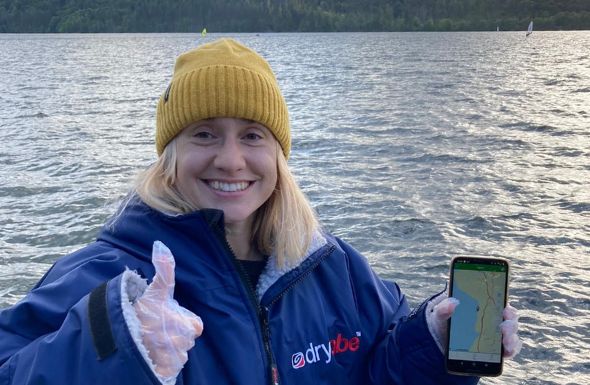 What advice would you give to someone who feels concerned and angered by the recent flood of sewage pollution news articles? How can they take action constructively to make a difference?

Write to your local MPs and water companies. Tell them enough is enough. Surfers Against Sewage have ready to sign petitions to end sewage pollution.

Take to social media – whether you like it or not, social media is becoming an important tool for environmental campaigning. Whether it be Twitter, Facebook, Instagram or TikTok, get active online. Photographs and videos can support your cause.

Small changes in the home can have a big impact: This article from the Eden Project details 10 small changes you can make to reduce water use. The less water we use, the less ends up in our wastewater treatment.

Like in any relationship, quality time together is needed. We are often not incentivised to protect what we don’t know, so get to know your local freshwaters. If they are too polluted to spend quality time with, go back to my first suggestion.

Are you part of a community group and want to monitor your local freshwaters with FreshWater Watch? Find out more here.