Rivercide: a call for action

In July 2021, the first ever live-streamed documentary aired. Presented by George Monbiot and directed by Fanny Armstrong, Rivercide presented a disturbing picture of the state of UK rivers.

It showed high levels of pollution from sewage treatment works, agriculture and acute pollution events; and focused particularly on a widespread problem called eutrophication. This is when excess nutrients called phosphates and nitrates enter the river and cause algae to grow. The algae blocks sunlight, smothers other plants and reduces oxygen levels – leading to the death of everything living in the river. This is happening at scale across the UK.

For those of us working in the water sector, this did not come as a shock.

George Monbiot has been known in the past for making controversial statements and entering fierce debates – but not this time. Nobody opposes this. It’s not a shocking secret, it’s not a radical stance. It is a fact: none of the rivers in the UK meet the standard of ‘good ecological status’.

And it’s not as though there are no laws to prevent this from happening; rather it has become increasingly clear that budget cuts have greatly reduced the ability of legislators to enforce existing laws. Agencies are doing the best they can with the resources they have, but they don’t have the evidence and data they need to identify where and when pollution is happening.

At Earthwatch Europe, we have been using citizen science to provide this data. Our FreshWater Watch programme works with citizen scientists to monitor phosphates and nitrates in our river – and we now have more non-governmental data available than ever before. Citizen scientists play a vital role – after all, who knows what a river usually looks like better than the people that live locally? Who can immediately see that a river has changed? Citizen scientists and the eyes and ears on the ground.
We believe that data collected by citizen scientists is a vital tool to complement government datasets, but should never replace it. This is why we work in partnership with governments and water companies to make sure that this vital data gets to the people who can act on it.

The real thing to take away from Rivercide is that our rivers need everyone’s help: help from the government, help from industry and help from people willing to take action for the environment. We wholeheartedly support the call to create 'Friends of' groups for your local river to monitor and protect it. Earthwatch will continue to work with every element to collect data and make sure that we all understand what’s happening in our rivers. To solve the problem, we need to understand it first. 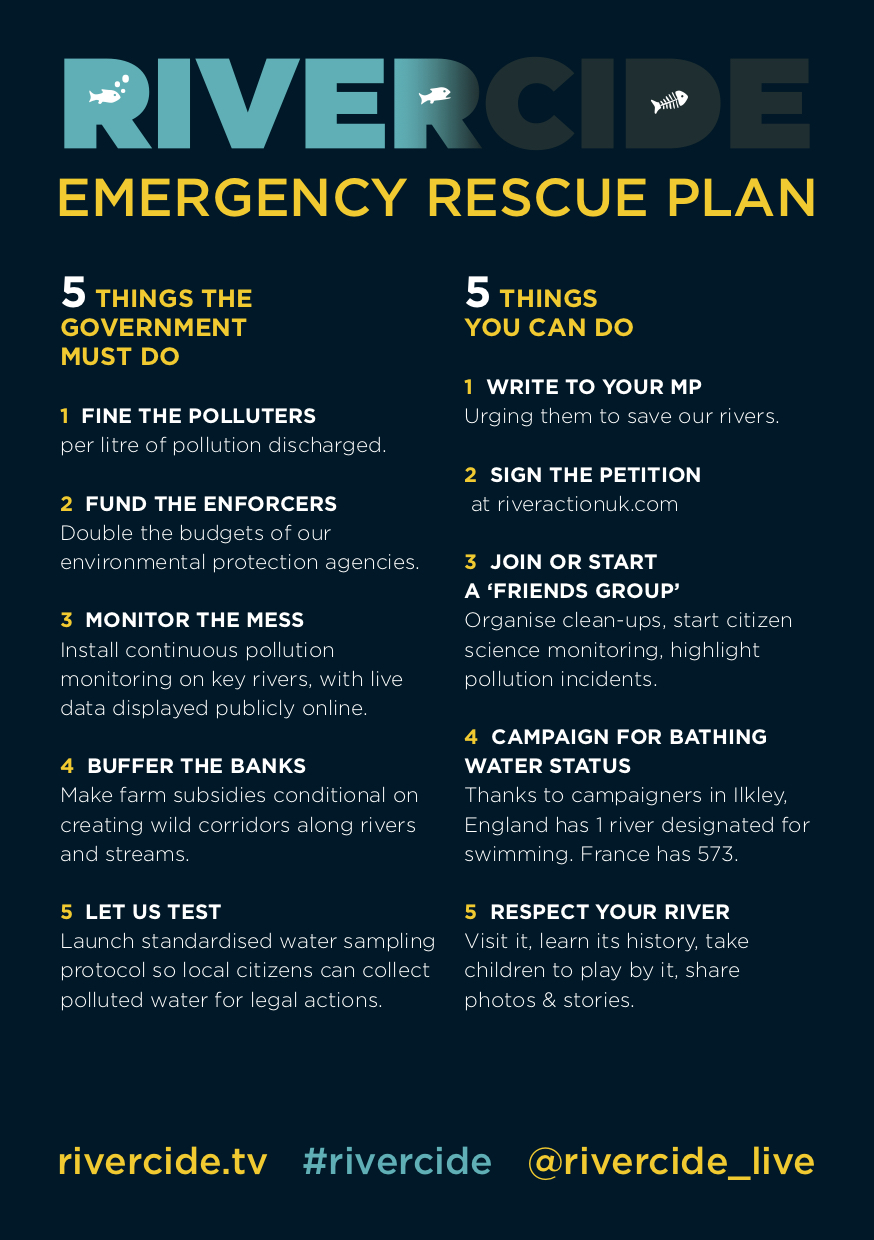