You may not know the name, but you will almost certainly be familiar with his work. Max Nicholson spent his life working to protect the natural world, and was instrumental in founding organisations including the WWF, the British Trust for Ornithology (BTO)...and Earthwatch Europe. 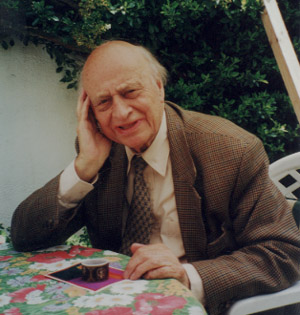 Max in his garden in Chelsea

At Earthwatch we are lucky to have personal recollections of Max from our former colleagues. They paint the picture of Max as a dedicated environmentalist, determined to do the best for our planet. They also show him as a charming and witty man, brimming with entertaining stories.

Our key source for this blog is a beautiful memoir written by the late Brian Walker (1930-2019), the Founder Director of Earthwatch Europe.

Brian first met Max in 1979, when Max asked Brian to fund a project in The Albufera in Spain. This project later became one of Earthwatch Europe’s first. Brian recalls that Max made “no funding requests, simply an explanation of what he considered to be the self-evident excitement and urgency of the work on the ground. In this context his eyes would light up, his speech would quicken to become persuasive: the listener would be left in no doubt that the most important challenge in life at the end of the twentieth century focused on the harm the human species was inflicting on the rest of our planet’s natural systems.”

Max and Brian formed a firm friendship and ten years later, in 1989, Max asked Brian to help set up the European arm of Earthwatch, of which Max was to be the Chair of Trustees. By this point, Max was already working with Louise Henson, an Earthwatch project coordinator, to get Earthwatch Europe off the ground. Louise remembered that “once he had an idea [Max] was like a terrier with a rat and wouldn’t let go. He had a way of getting people to agree to his way of doing things.” She says he had a “contagious enthusiasm and sense of fun”. 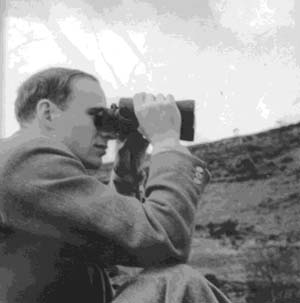 In the early years, the operation ran on a shoestring with a small team of dedicated, hard-working staff and volunteers. Max himself spent countless hours making connections with influential people to help Earthwatch Europe grow to the organisation it is today.

One of Brian’s memories of this time is of when he and Max arranged a visit to Sandringham to bring Prince Charles up to date on their efforts. Apparently this upcoming visit worried Max, but probably not for the reason you’d think - he didn’t know what to wear! “He explained that had we been going to Highgrove in the Cotswolds, relaxed country clothes would be correct. If to Buckingham Palace, or St. James’ Palace, then dark, formal suits would be in order. But Sandringham he felt rather fell between the two. He resolved the problem by buying a very smart black and white check suit, tailor made for the occasion and which, he explained, was at once “formal and informal!” I was, and remain, puzzled by this conundrum, but, nonetheless, we set off with confidence.”

It seems that the visit went well, because Brian continues “In the middle of our discussions with Prince Charles, Max suddenly hauled out of his brief case a very large, brand new, world atlas complete with coloured pictures which on request the Prince duly signed, “To Max with gratitude for all his work for the environment”. Max was delighted.”

Another fantastic anecdote from Brian occurred when, during one of their trips together, he asked Max what he had done after completing his degree. “He thought for a moment and then replied, ‘Well, I got on my bike and cycled around England plotting all the heronries I could find…..I think I got them all’.  Somewhat taken aback I asked what was the value of his research. Without even the ghost of a smile he replied, ‘Well, as a direct result of my findings, I think we may say that the English know more about the sex life of the heron today than any other nation on earth’. I was driving at the time and I glanced at him to see if he was smiling - he was not; he was deadly serious. ‘What’, he seemed to be thinking, ‘could possibly be more important?’” 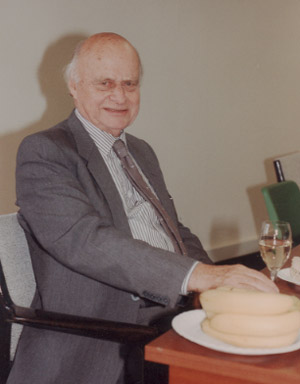 Dr Robert Barrington, who joined Earthwatch in 1993, also has fond memories of Max, saying “I have no doubt that Max thought I was an idiot, but he was benignly tolerant of me. Shortly after I started at Earthwatch, I visited The Albufera project, and Max was also there. I was, and remain, very ignorant of birds, but knew that the prize ornithological sighting would be an Osprey.  One day in a hide, I was sure I had seen one and turned to Max to share my excitement and verify my sighting.

“Max, I think I’ve seen an Osprey - over there. Is it an Osprey?’ His own fierce concentration interrupted, he turned to me with a withering stare and whispered in his slightly metallic voice: ‘It’s a seagull.’“

Robert also recalls Max’s communication style: “He lived in a world before computers, let alone e-mail, and would send letters on an old-fashioned typewriter with a faded ribbon and would always repeat the same typing errors.  He would periodically send me documents and papers through the post, addressed to ‘Dr Bobert Barringtop’.” 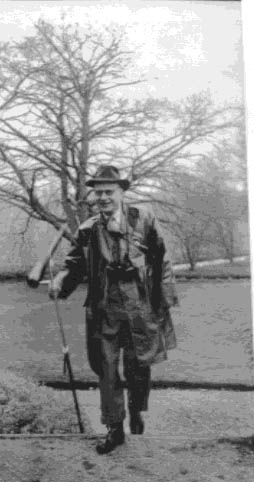 Whilst these anecdotes are amusing, we mustn’t forget that, above all, Max was a hard-working, intelligent and inspiring leader. Nick Riddiford, an ornithologist who worked on the Earthwatch project in Albufera, arguably the one closest to Max’s heart, says “Max was a visionary. But he was also a very skilled operator. He sowed the idea and perhaps established something of the framework, then sought people he felt he could trust to develop it. He was keen to follow progress and to offer guidance where necessary but he did not ‘interfere’.This lack of interference instilled respect for Max and a feeling of joint ownership in the project. It was also a real confidence-builder for those assigned to carry out the project. His was a rare talent for people management, which many could learn from.”

Earthwatch’s 50th anniversary is the perfect occasion to remember this singular individual, who was dedicated to environmentalism throughout his life. We hope that Max would be proud of what Earthwatch has achieved in its first 50 years, and that we can continue to work as hard as him for our natural world. As Robert Barrington says, “His single-mindedness, persistence, and energy [are] an enduring example of how to get things done.”