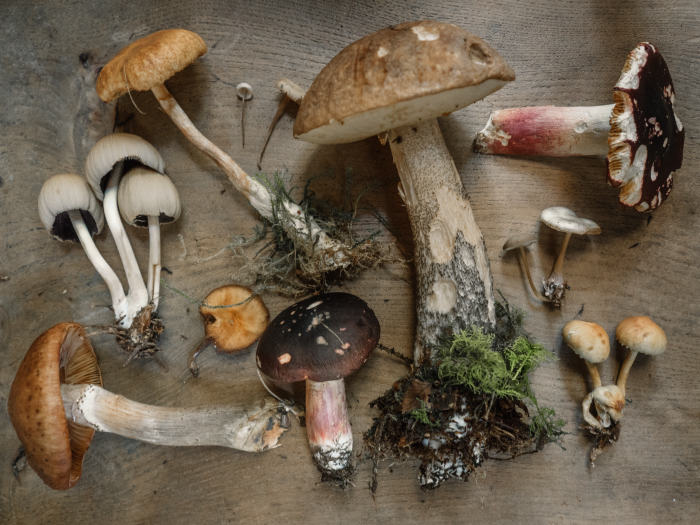 In celebration of Naturehood's Community Month

Focusing on what we can see often leaves the large world below our feet forgotten. Communities are all around us, from the birds and insects in your back garden to all the bacteria in your bin. Soil health is vital for the wellbeing of these communities, and with 72% of the UK’s land now being used for agriculture it has never been more important to conserve (State of Nature, 2019). This means less mass pesticides and general management towards better soil health. But that’s a bigger subject for another day, today we will be looking into the general communities in the soil in your back garden and what you can do to help. 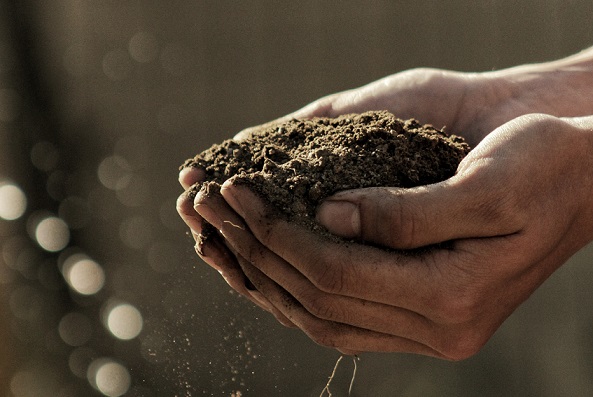 Converting organic matter into nutrient rich soil, bacteria are one of the key pillars for soil health. When we are busy trying to kill 99.9% of bacteria in our kitchens, we forget about all the good they do for us.

Bacteria, like us, come in all functional shapes and sizes, and the first type we will be looking at today are decomposers. These, as I am sure you’ve guessed, break down organic matter. By consuming carbon compounds like dead plants and roots, they support all the other organisms that live in the soil.

The second type are called mutualists, due to their close relationship with plants and the nitrogen they so heavily rely on. Nitrogen fixation is where the bacteria in the soil take nitrogen from the atmosphere and absorb it into organic compounds, making it more accessible to plants and other soil critters.

The third type of bacteria are pathogens. Pathogens are a bacterial virus that can cause diseases - not only in humans. In this case there are many types of pathogen bacteria in soil, one being agrobacterium, which causes abnormal root growth called galls.

Last but by no means least, are the lithotrophs. These bacteria absorb many types of nutrients like iron and sulphur in the soil to create their energy, unlike others which use carbon. This type of bacteria are especially important in pesticide and pollutant absorption due to the number of nutrients they can consume.

Extremely useful in the nutrient cycle, they create pathways for water underground, increasing the circulation of important nutrients. This can increase crop health and other soil organism health long term. 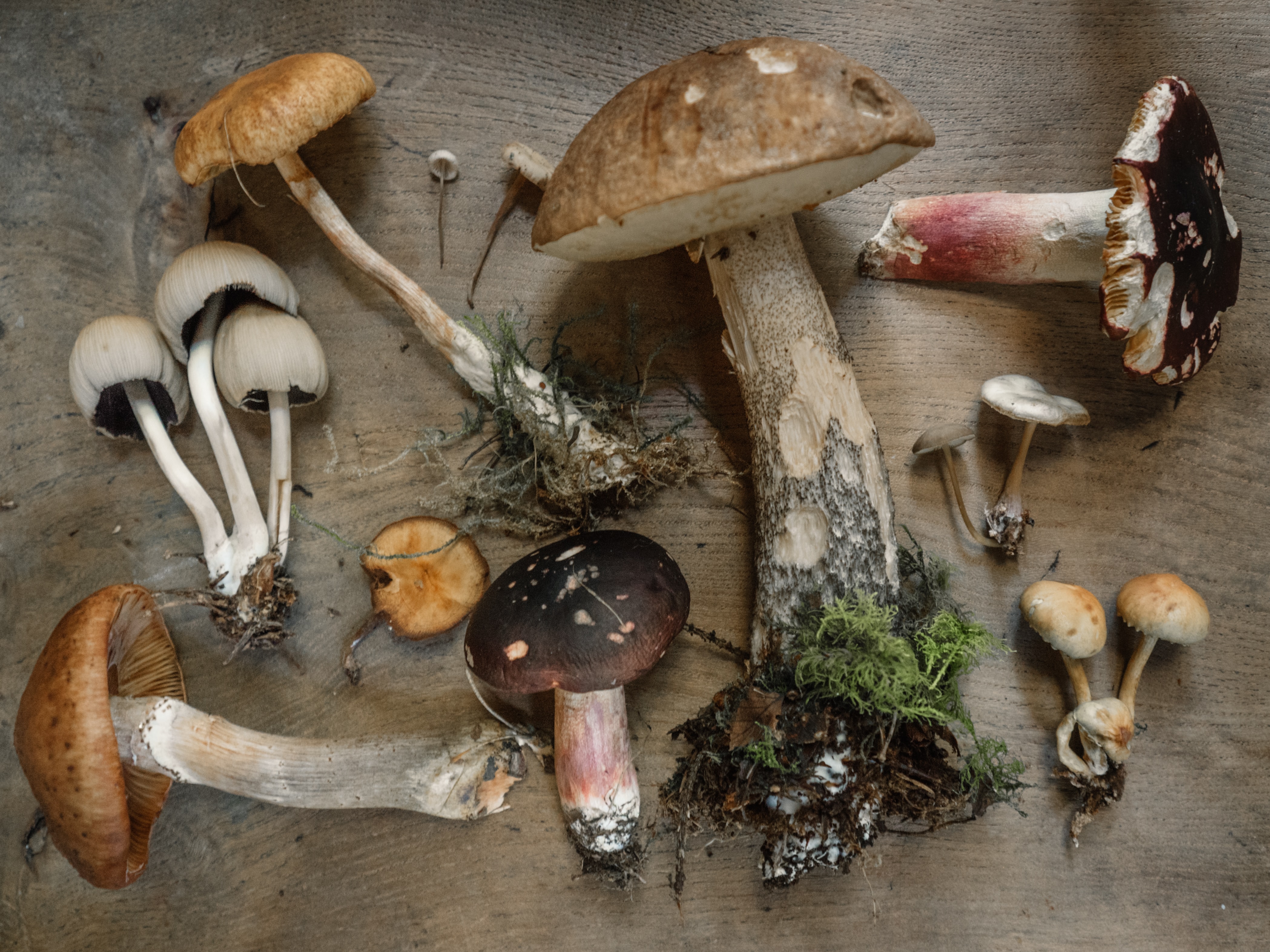 Fungi are also very helpful. Creating long tentacle-like feelers called hyphae, they break down tough soil materials meaning other organisms can consume them. Although this is a positive, pathogenic fungi can also be present in the soil, along with their hyphae.

Pathogenic fungi are able to release enzymes into the soil, which break down the cell walls of roots. This then allows the fungi to prevent nutrient absorption as well as infecting the rest of the plant - there’s always the bad guy in any community (or multiple in soil)!

A single celled organism, protozoa are aquatic. With the useful pathways the fungi create, these little guys usually live in the top 6 inches of soil in the microscopic waterways. Consuming bacteria, they then release excess nitrogen which is beneficial to plant roots and other soil neighbours.

Also known as round worms, but not to be confused with the ones that infect humans, nematodes are beneficial to soil health because they decompose organic matter, recycling the nutrients from above. The only problem is that they sometimes get a bit carried away living in the top layer of the soil, and can be seen as pests to plants as well as carriers of bad bacteria and viruses.

Earthworms - give and take:

I am sure you are thinking, finally a critter I recognise! So I am sure you know that earthworms promote soil decomposition and play a very important part of the nutrient cycle. As well as forming humus (no, not that tasty chickpea dip), the dark part of the soil, they consume and excrete organic matter. This layer of organic matter is made up of plant litter and is highly nutritious.

As well as letting water in through their tunnels, allowing gas exchange in the soil and circulating nitrogen and carbon. This is important for combatting climate change as well as increasing plant health.

Pesticides and fertiliser are a major issue for not only bees and other garden pollinators, but also in mass farming for worms and soil health. With no nitrogen fertiliser, worms can increase crop yields by an average of 25% (Soil Association, 2015)!

Arthropods - above the soil:

Including beetles and centipedes, these insects are our last stop on this soil community tour.

They can be categorized into varying groups such as fungal feeders and shredders. Each taking part in the mass task of breaking down top soil organic matter to make it more digestible for those below. Feeding on fungus and aerating the soil makes it easier for decomposers, such as earthworms, to break down plant debris. 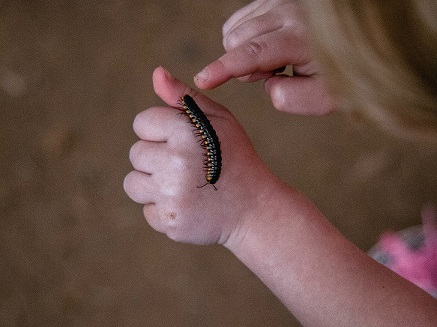 Like in many animal communities, something has always got to be eaten! These guys also love to snack on earthworms as well as other arthropods.

As mentioned at the beginning of this blog, you are able to do things for the soil health not only in your back garden but in agriculture as well. Starting off closer to home, grow! Grow everything you can in your garden, keep nutrients in the soil cycling. Soil left bare is not a pretty sight.

Compost, if you don’t already, by leaving an area or having an open bottom bin where you put your food and garden organic rubbish. This helps nutrients get back into the soil as well as creating a paradise for various types of worms and insects.

Outside of your garden, you can sign petitions, support farmers who you know care about soil health, and spread the word about the beautiful world underground.

Get in touch via our Naturehood live feed to show us what you’re doing to support your local soil community!