Tales of our creepy crawlies

Many insects have been mentioned in mythology and folklore since recorded history began: For example, butterflies are the symbol of life and death in Japan, whilst the Ancient Egyptians believed bees created the teardrops of Ra, the god of the sun. In this blog I would like to shed some light on the mysteries and stories of insects and how they have been symbols throughout human history.

Lafcadio Hearn, also known as Koizumi Yakumo (1850-1904), was a Greek-Irish Japanese translator and writer, known for writing out Japanese folklore and traditional stories. He wrote about Taira no Yoshimasa, a samurai who led one of the greatest uprisings in Japanese history - alongside a swarm of butterflies.

Yoshimasa and his army rose up against the central Kyoto government in the Heian period (794- 1185 AD). When he was planning his uprising a massive swarm (also known as a kaleidoscope) of butterflies appeared, scaring the local people. The swarm gave them a vision of the death and immoral acts to come – a bit different from the normal swarm of locusts we hear about!

Funnily enough, in Japanese culture a single butterfly is seen as a significant person in your life’s soul, be them alive or dead, yet a swarm signifies death and suffering. Taira no Yoshimasa was defeated after 59 days of fighting, so the butterflies were obviously right!

To learn more about to how to help the UK’s beautiful butterflies, especially the small tortoiseshell, head over to Naturehood and check out our spotter's guide.

Kintu and his cows - Bees

The Ganda people of Uganda are a large group made up of multiple tribes across the country. One of their mythologies tells the story of the first man on Earth, Kintu. He wandered the plains of Uganda alone with only his cow. 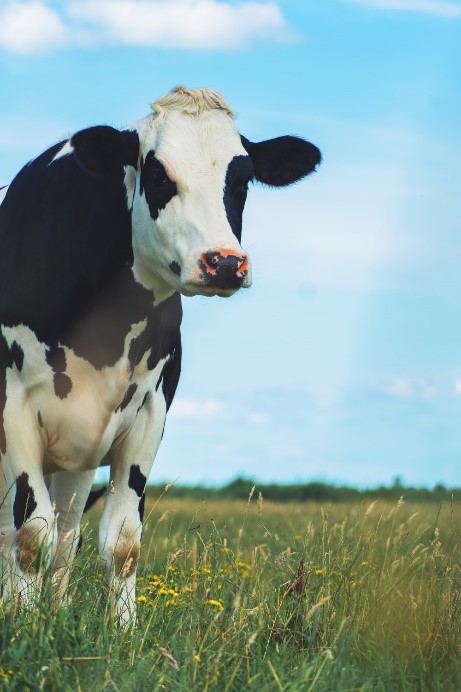 The higher power and creator of all things, Ggulu, had two daughters. Kintu asked his permission to marry one of them, Nambi. In the normal fashion for any protective father whose daughter plans on marrying a stranger accompanied by a cow, he asked Kintu to perform a number of tests to win his daughter’s hand whilst he looked after Kintu’s cow.

Amongst these tests were to eat and finish a mountain of food alone, to cut a rock with an axe, and to bring water in dew form. The last test was to identify his trusty cow out of a herd that Ggulu had created. Whilst he was stood there, a bee flew in front of him, whispering ‘I shall show you who is yours’. Of course, the bee was his future wife, Nambi.

I don’t know about you, but I would love to be able to turn into a bee whenever I want.

To find out more about how you can help support bees head to the Naturehood website!

As mentioned earlier, bees were thought to sew the tears of Ra, the sun god. Rolling across the sky, Ra was known to transform and change people throughout the day. 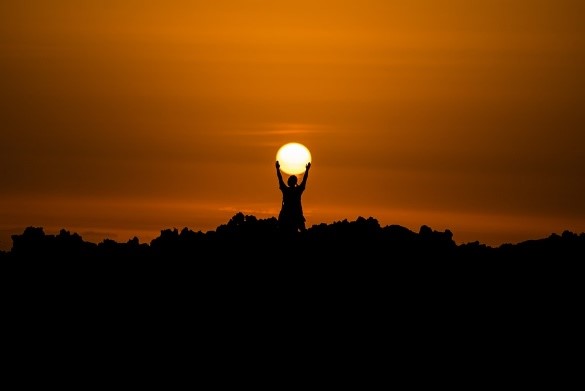 Ra is also connected to dung beetles. Dung beetles, of course, are known to roll dung for food as well as a place to lay their eggs - by laying their eggs in a ball of dung, the young have immediate food.

The two sun deities, Khepri (the morning sun) and Atum (the evening sun), were often seen as aspects of Ra (the midday sun). All three are represented by scarab beetles or scarab-headed men due to the rolling over of the sun.

In the Middle Ages (5th to 15th century AD), swarms of insects, now known as aphids, used to demolish crops. People would pray to the Virgin Mary for help. Ladybirds appeared and ate the ominous insects saving the crops and the villagers from famine. This is how they got their name, ‘the beetles of our lady’.

Ladybirds are now often seen as lucky. It is said that the direction it flies away to is the direction your luck will come from - so keep an eye out! 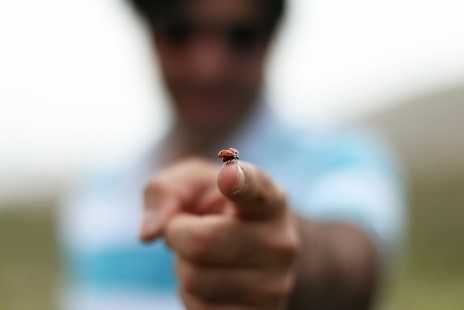 Maybe there’s a story about it somewhere which will make you fall more in love with it. Let us know on the Naturehood live feed.

Naturehood will give you ways to help local wildlife. You can also take part in one of the Naturespace challenges to let us know what creepy crawlies are in your garden!

Blog: Taira no Masakado: History vs. Legend (vs. Lemon)