Rewilding – being thrown to the wolves?

In the last few weeks alone, we have heard exciting news of bison returning to the UK and the purchasing of a 500 hectare estate near Loch Ness with the aim of restoring wildlife. These are just the latest examples of ambitious ‘rewilding’ projects, which are seeking to restore our biodiversity at a time when 15% of our species are at threat of extinction.

Whilst there is great excitement about rewilding in some quarters, myths and controversy also stalk this new approach to conservation. Talk of roaming packs of wolves, cruelty to animals and the loss of precious farmland, has meant that the very term ‘rewilding’ hangs heavy with connotations. This blog seeks to unpick what rewilding is and explores its potential for protecting the environment. 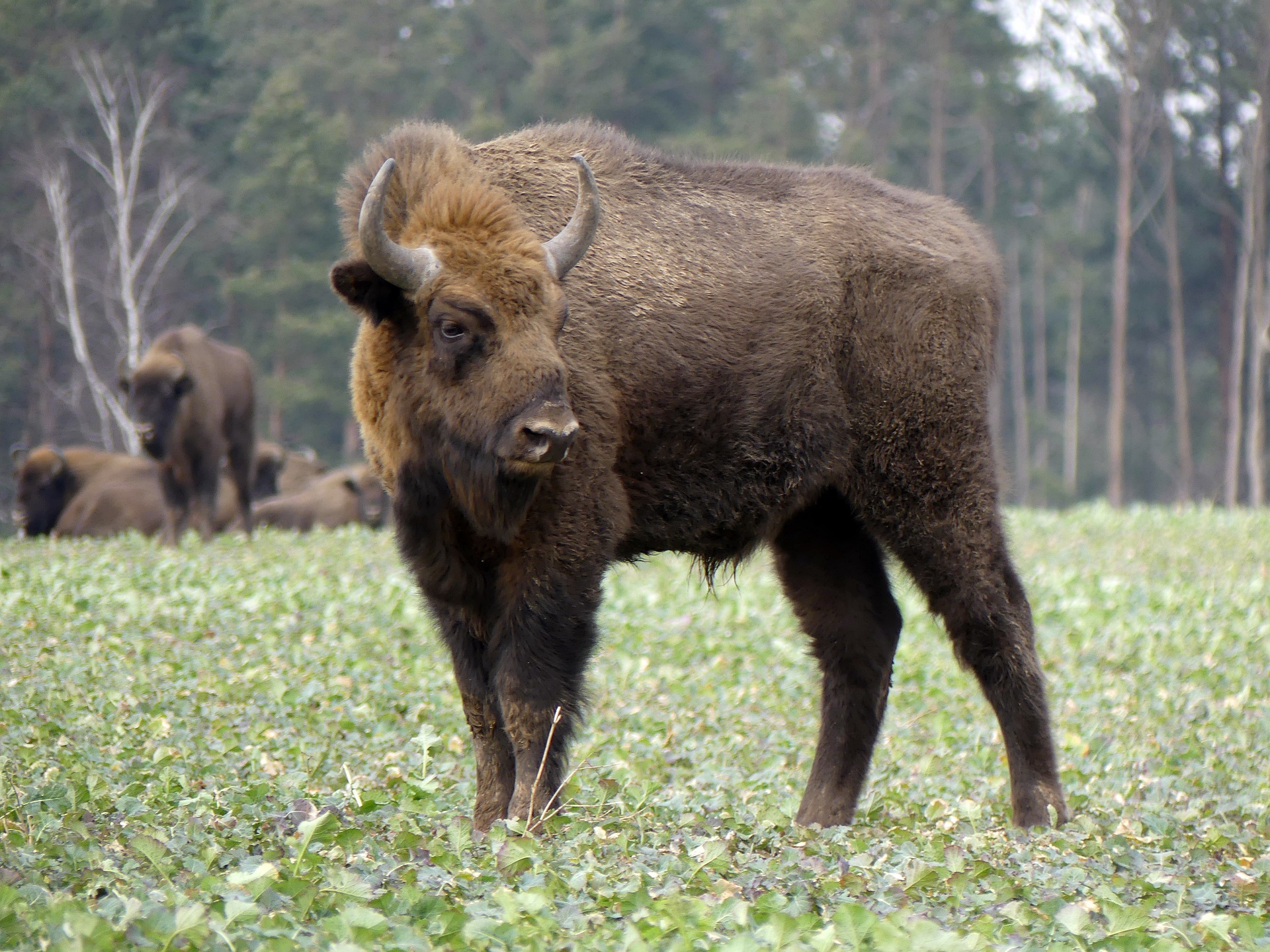 So what does ‘rewilding’ actually mean? According to Rewilding Britain - rewilding is

“The large-scale restoration of ecosystems where nature can take care of itself. It seeks to reinstate natural processes and, where appropriate, missing species – allowing them to shape the landscape and the habitats within”.

This definition chimes with the rewilding approach undertaken by the Knepp Estate – which has been popularized to amazing effect in Isabella Tree’s book Wilding. 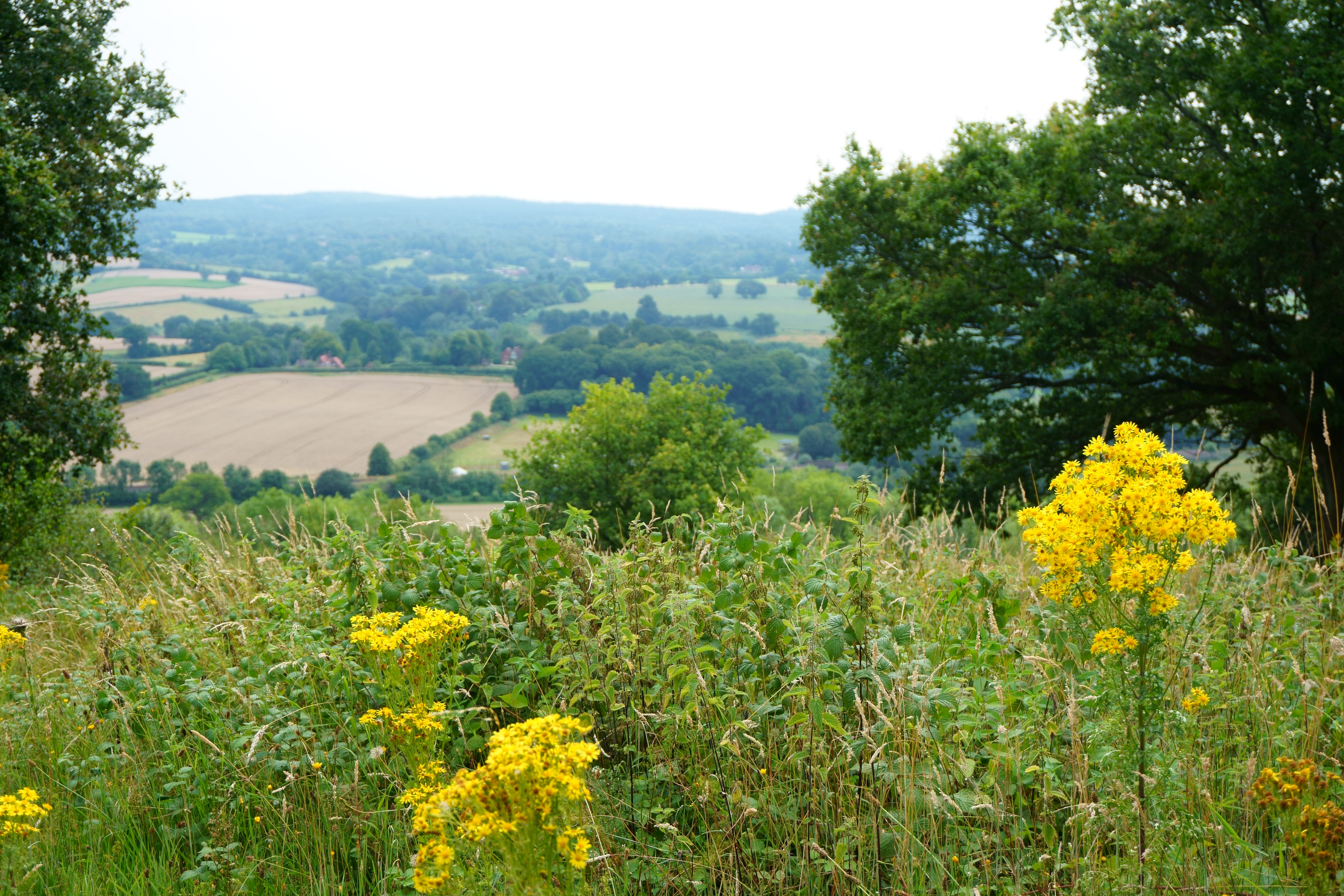 Such an approach requires conservationist to ‘let go’ of land management and enable natural processes to shape the land and habitats.  This often creates a fear that the eventual outcome will be closed-canopy, dense woodland. However, as noted in the definition above, the introduction of key species which replace or mimic the roles that lost species have historically played to create diverse habitats, is required. 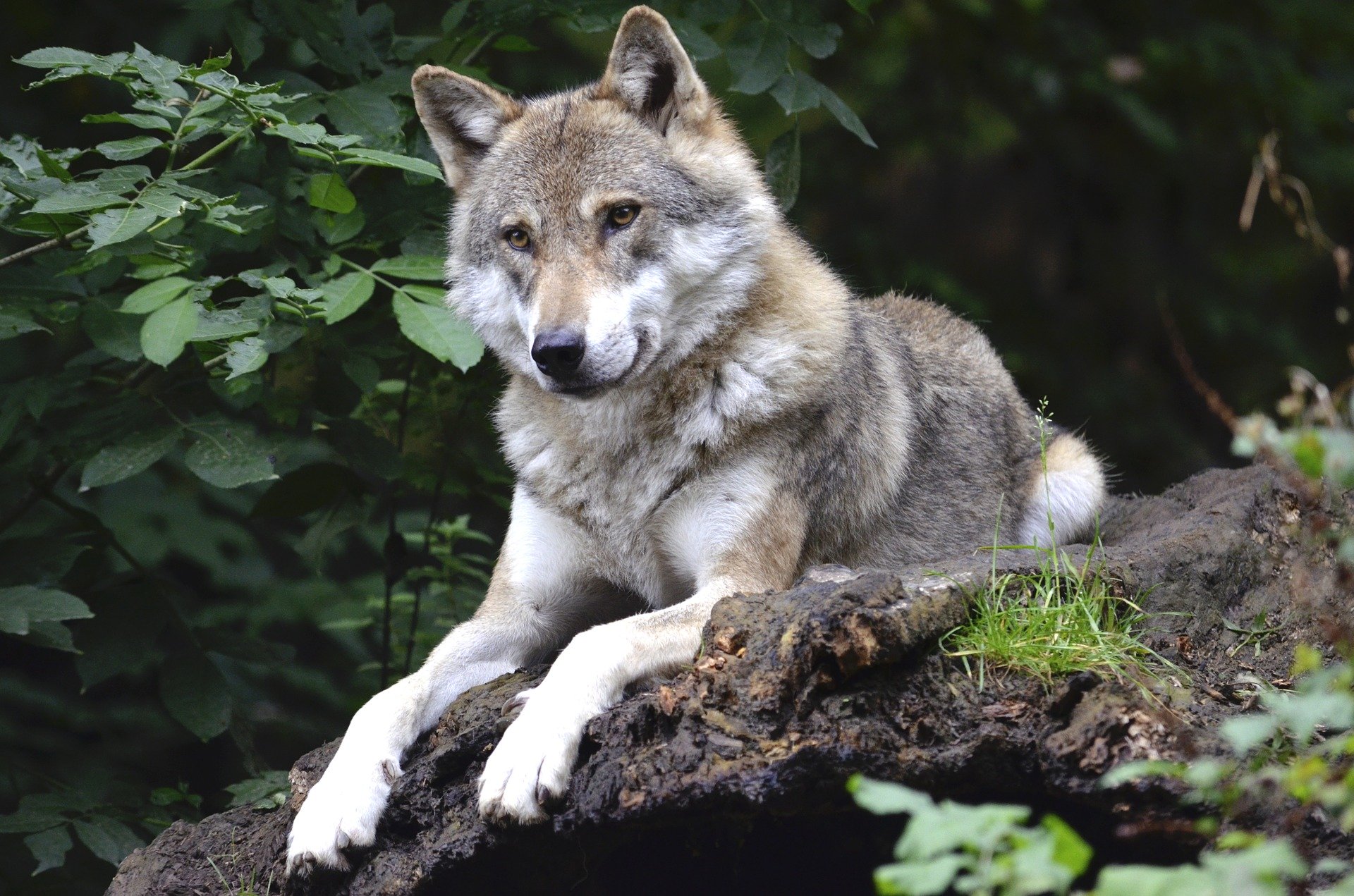 Current projects in the UK

Many rewildling projects are now springing up across the country (the Rewilding Britain website showcases 13 examples).  Such projects have primarily occurred where landowners have the resources to make this transition and follow the Knepp model of premium livestock produce and luxury, environmental-focused, accommodation.

To see a project in action, I recently visited Ben Goldsmith’s project at Canningwood, his 200 acre farm in Somerset. Ben has temporarily removed the cattle to allow nature to reclaim a large section of his site - but still has Tamworths rootling around. Ben hopes to eventually build a high quality farm restaurant, which will be supplied by home-raised, high quality pork and beef. He also hopes to encourage people to explore nature before their meal, with an option of staying at discrete tree lodges. There are already rumours of beavers and boar in the wider Selwood landscape along with local plans to reintroduce pine martens, which are supported by nearby landowners. Whilst we did not encounter these charismatic mammals during my visit (negating the need for the protective umbrella Ben was armed with), you can already hear the thrum of returning nature as you walk through the fields. 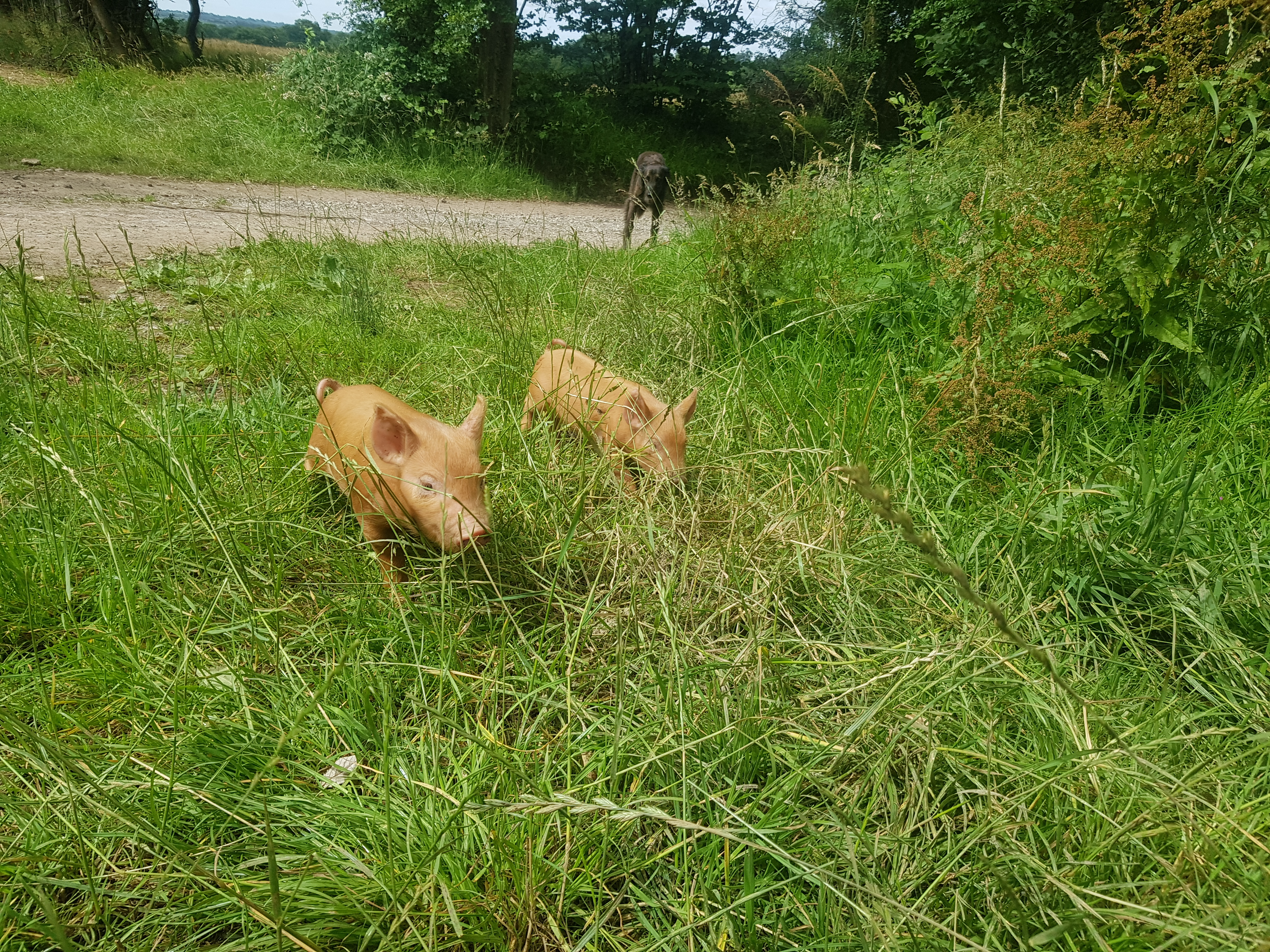 A brave new future for rewilding?

Large-scale conversions on private estates are fantastic to behold - but are insufficient in themselves to restore biodiversity across the UK.  The Lawton Review – Making Space for Nature revealed compelling evidence that England’s collection of wildlife sites are generally too small and too isolated which has caused declines in many of England’s characteristic species. This led to the mantra “bigger, better, more joined up”.  If we are to create Nature Recovery Networks that do what they say on the tin – larger swathes of the countryside need to be devoted to nature.

As it happens, we currently have a ‘once in a generation’ opportunity to achieve these, seemingly lofty, aspirations.  Due to Brexit, the Government is currently reforming agricultural payments and has a central aim of “public payments for public goods”.  Previously, under the Common Agricultural Policy (CAP), approximately £3bn was paid in subsidies to farmers.  Although this system has led to the efficient supply of food, the benefits gained for the environment have been poor, with farmers encouraged to farm as much of their land as possible. Agricultural land covers 72% of the UK and changing agricultural management has had the biggest single impact upon nature over recent decades.

Given that today’s environmental problems represent the Economist’s favourite dilemma - the ‘tragedy of the commons’, placing value on public goods and then rewarding farmers for their provision of them makes perfect sense.  This approach can also be extended beyond the provision of biodiversity to include other public goods such as carbon sequestration, flood alleviation, soil protection, not to mention the well-being benefits derived from spending time in nature. 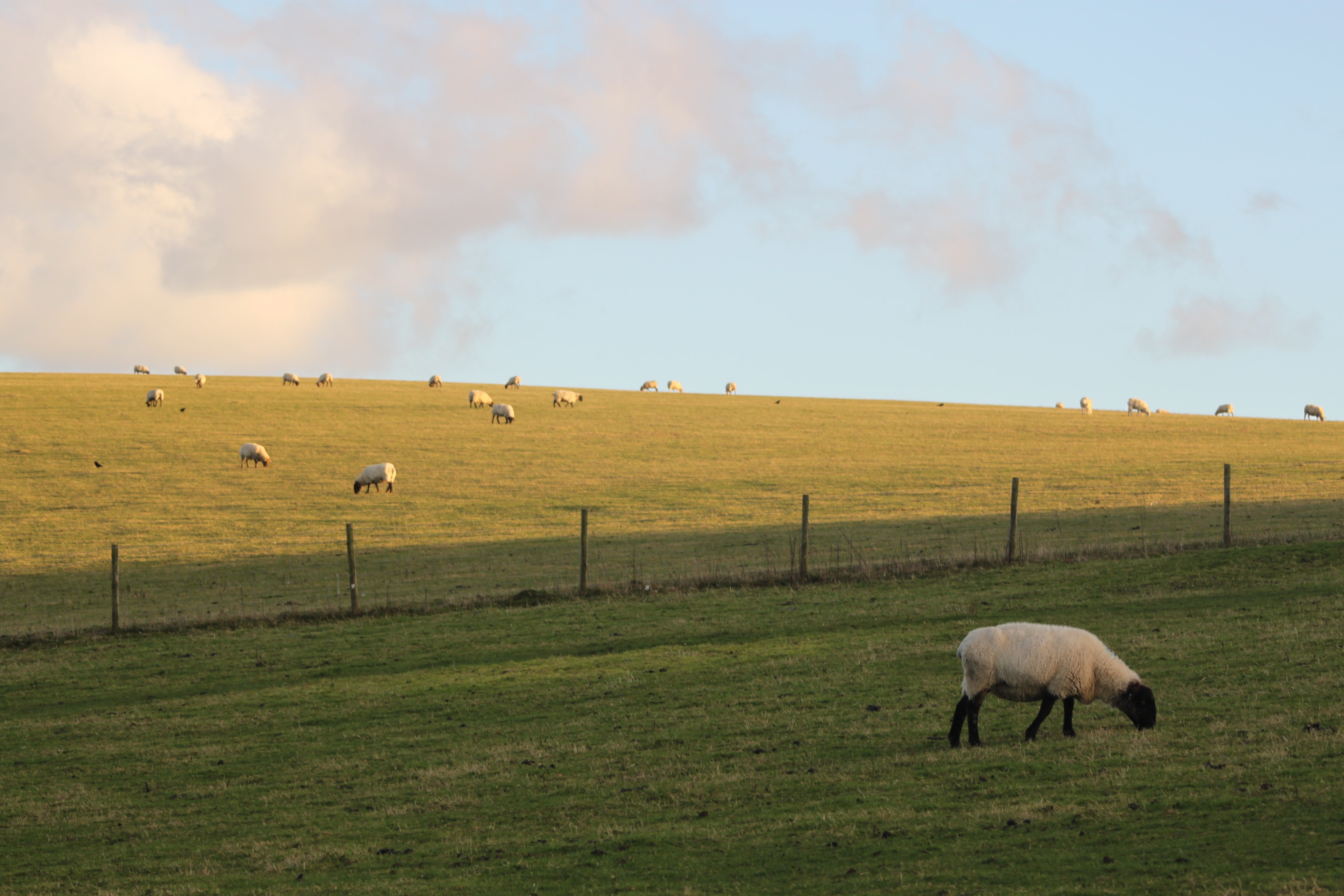 As rewilding restores natural processes at scale, this approach would seem well suited to the public goods that the Government wishes to deliver through its new Environmental Land Management Scheme (ELMS).  This will be comprised of three payment Tiers, with Tier 3 focusing on ambitious environmental targets, such as nature recovery and net zero carbon emissions. This might include woodland creation, peatland restoration and the creation of coastal habitats.  Rewilding enables farmers to undertake multiple interventions in one area at low cost.  However, given the somewhat fuzzy nature of rewilding outcomes (which as we know, are driven by natural processes) it is not yet clear whether rewilding will be part of ELMS (which may be tempted to stick with prescriptive outcomes).  The same logic applies to the Government’s Tree Strategy which is currently being developed and may focus on planted woodlands, when naturally occurring woodlands through rewilding should also be an option.

What about the problems?

It is also important to note that whilst rewilding represents a compelling proposition it has not been without its controversies, such as the recent issues in the Netherland’s Oostvaardersplassen (known as the Dutch Serengeti). Here, large numbers of herbivores including red deer, Konik horses and Heck cattle, starved or were put down as numbers of large grazers became too high to be supported.  Natural processes do include the ‘circle of life’ and the harsh reality of death, but the public found the sight of starving animals too much to bear. 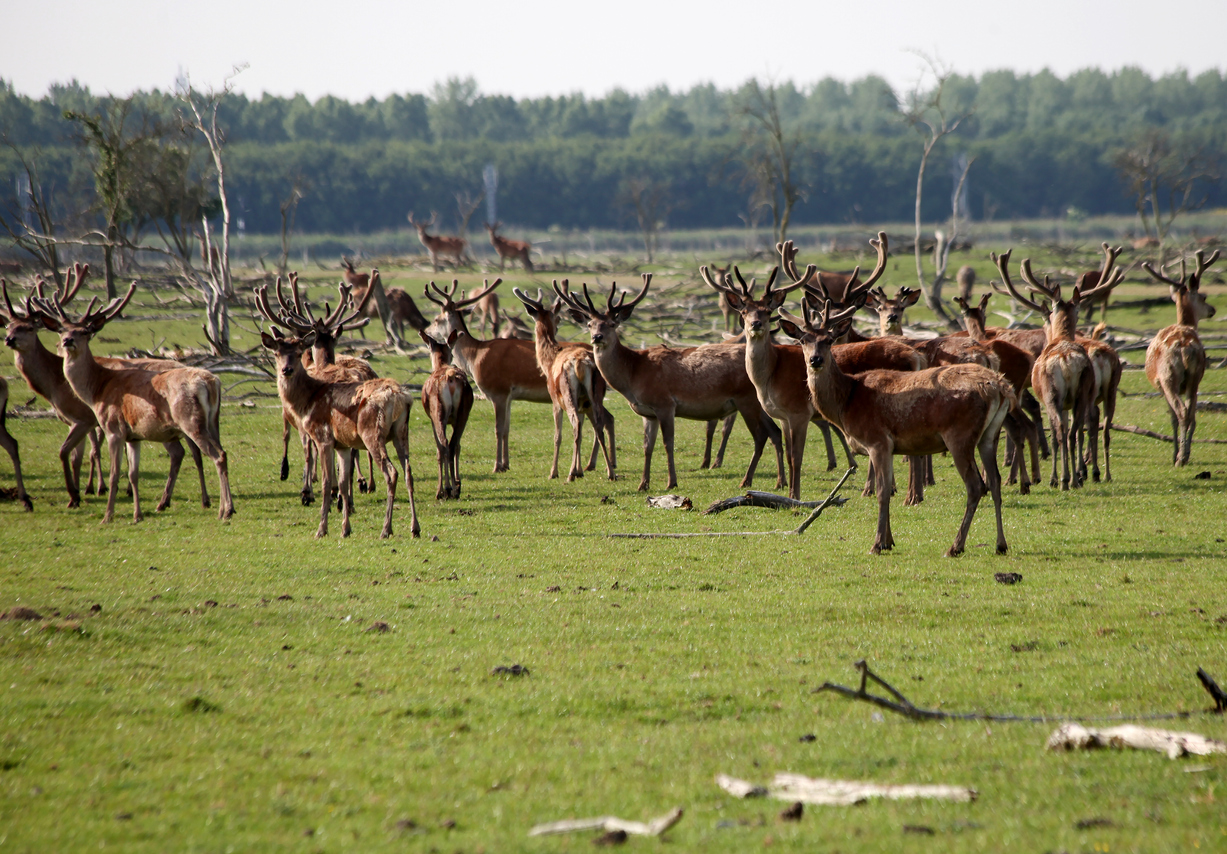 Others have argued that the lack of a predator (e.g. wolves) failed to keep numbers in check and so, a form of culling will be required on a regular basis.  However, the introduction of animals that are perceived to be dangerous would need widespread consultation.  A recent YouGov poll showed that whilst there is strong general support (82% in favour) for the reintroduction of extinct species, support for the introduction of the wolf is currently only at 36% of the population.

The final objection that is often thrown at rewilding, is that we should not be losing fertile land that could be used for producing food.  However, there remain large areas of poor quality agricultural land (such as Ben Goldsmith’s land) that are not very productive and would be best turned back to wildlife.  Another approach is to rotate rewilded land on a 20-30 years basis to enable the soil to recover from the impact of intensive farming.

It is also important to note that rewilding will also not always be the right solution – some of our key habitats such as meadows and chalk grassland are man-made.  For example, meadows have been created from years of keeping livestock.  These flower rich habitats can only survive, if they are left to grow from March until July and then have the hay cut (for winter feed and bedding).

We also have urban areas where space is incredibly rare and interventionist approaches such as Earthwatch’s Tiny Forests can help provide a range of public goods to a community. Finally, although we may not all have 400 acres, we can rewild areas like our own gardens or local green spaces. Earthwatch’s Naturehood project seeks to achieve this by bringing communities together to improve habitat for wildlife (often by doing less) and also increasing connectivity between spaces. This may not fit the official rewilding definition of large-scale restoration – but it possesses the same spirit of rewilding your locality and hopefully oneself. What is clear from projects such as Knepp is that large gains in biodiversity and other benefits (e.g. carbon sequestration in soil) are achievable via rewilding.  Knepp has produced an abundance of monitoring and surveys but more could be done to understand how effective rewilding can be under varying circumstances (whilst accepting there will always be some uncertainty).  This is an area where organisations such as Earthwatch can play a key role.

We need to turn this knowledge into action and grab this ‘once in a generation’ opportunity to return swathes of land back to nature through ELMS.  Such an approach does need to listen to concerns around animal welfare and human safety. But this needs to be a proper discourse which explores the trade-offs and also mitigates concerns.  We also need to ensure that we avoid reducing the rewilding debate to whether wolves should be roaming the countryside – this is only part of the story. Ironically the saying “thrown to the wolves” means to “remove or cast out someone or something out of one's protection” – that is exactly the opposite of what we should be doing in this time of climate and nature crises.