Earthwatch continues its longstanding partnership with Mitsubishi Corporation and the University of Essex, and leads a new coral reef conservation research programme that aims to provide the Seychelles National Park Authority with innovative technology to build more resilient coral reefs. 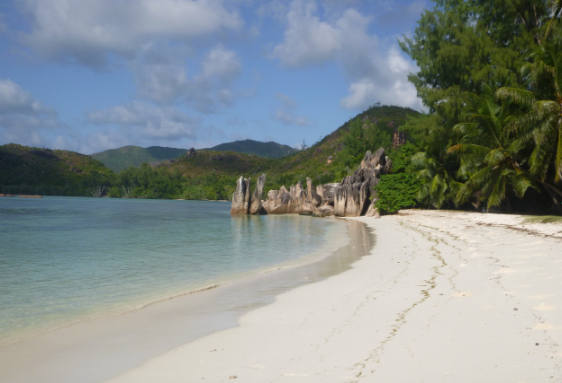 Corals are an exceptionally beautiful and diverse ecosystem. They are important for harbouring 25% of all fish species and have a reputed economic value of US$375 billion per year. However, they are particularly sensitive to their surroundings, with their growth and survival restricted by temperature, light and water quality. For this reason, they inhabit a very narrow band of the world’s tropical oceans and comprise only 0.2% of the ocean’s sea bed.

As reported recently in the Global Assessment Report on Biodiversity and Ecosystem Services: These coastal marine ecosystems are among the most productive systems globally, and their loss and deterioration reduces their ability to protect shorelines, and the people and species that live there, from storms, as well as their ability to provide sustainable livelihoods.

Shallow water tropical coral reefs have persisted for some 600 million years, and many of the established reefs we see today formed after the last ice age 5,000 to 10,000 years ago. For thousands of years the Indian Ocean has provided corals in the Seychelles with the optimum conditions for healthy growth. However, corals are no longer free from human impact and now have to deal with a complex array of problems: overfishing, myriad different pollutants, invasive species, diseases and, most notably, marine heatwaves whose intensity and frequency are increasing in line with climate change.

A coral is a small soft-bodied animal which, being related to the jellyfish, can use tentacles to capture passing food particles. However, most of the coral’s energy is supplied by algae that live within its body tissue.

Under certain environmental conditions such as spikes in temperature, coral can become stressed, causing it to produce toxins. These toxins damage its relationship with the algae, resulting in the algae leaving the coral. In such situations, the coral takes on a bleached appearance, as it is the different algae species that give most corals their bright colours. If high temperatures persist – even just a couple of degrees above the long-term average – then the majority of corals die as a result of being unable to obtain enough energy. 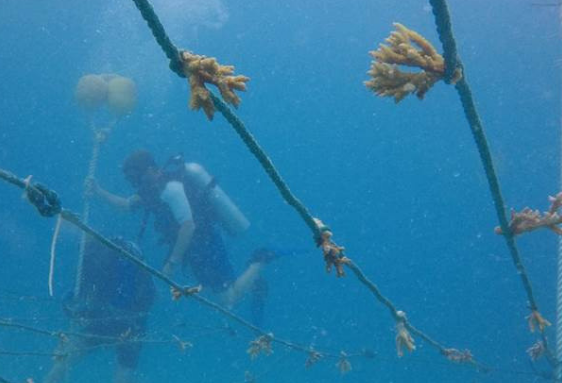 What happened to the world’s corals?

In 2015/16 most of the world’s tropical reefs experienced a mass bleaching event caused by a global marine heatwave brought about by a severe El Nino event. This climate-related death alarmed scientists all around the world. In the Seychelles the event was catastrophic, with only 10% of corals surviving in the majority of areas surveyed by Earthwatch scientists and volunteers.

However, quite unexpectedly, the team discovered that survival was closer to 50% in a location close to the mangroves. This area – dubbed a ‘golden zone’ – experiences sub-optimal water quality due to the influence of the mangrove vegetation, leading to both the coral cover and growth rate being much lower here compared to other areas of the coastline. Consequently, these areas have so far never been considered worthy of protection when considering coral conservation, but the recent discovery may change this.

The resilience of corals in this refuge could be due to one, or a combination of, the following factors:

Regardless, it is clear that the site is unique, and highlights the need to study the possible conservation method of growing ‘super corals’ in golden zones and transplanting them to optimum reef systems to check whether they retain their tolerance. In either eventuality, best-practice conservation techniques will be better understood – either corals will retain their tolerance, which will inform a new and cutting-edge approach, or they won’t, which will increase the conservation value of golden zone environments. The latter will justify the urgent need to identify and protect more golden zone environments, and to increase the coral cover in these systems. 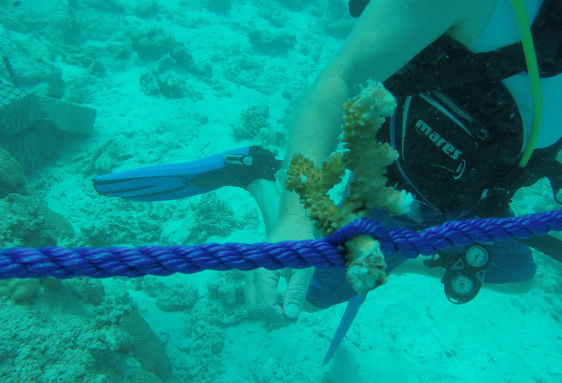 What is Earthwatch doing to help corals?

This restoration effort aims to increase the cover of super corals in a designated refuge area so that they can naturally spawn and help adjacent reefs recover quicker from future bleaching events. The branching coral species selected for this process break naturally, producing fragments. These ‘corals of opportunity’ were collected by divers and transferred to a growing rope suspended in a ‘coral nursery’ situated adjacent to the reef.

Making use of local materials, the team built the nursery from concrete blocks, rope and floats. Sitting in position on the refuge site there are now 144 branching coral fragments suspended mid-water. Our partner, the Seychelles National Park Authority, will monitor the corals until the team returns in twelve months. It is hoped that the corals will have grown large enough so that each can be used to harvest another five branching fragments. A total of 720 corals will be directly planted on the reef. 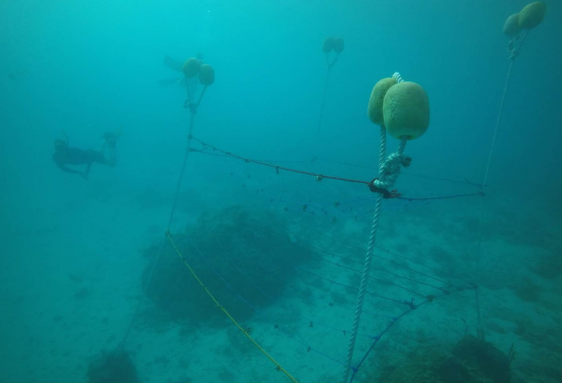 How was the coral restoration project planned?

To plan a coral reef restoration project, it was important to begin with a detailed map of the site. The team used a ground-breaking technique called 3D photogrammetry, which had not previously been used on reef restoration projects. It uses an assemblage of cameras to systematically take photos of the reef area for five minutes. These photos are then stitched together to build a 3D model of the reef. Using the 3D model, it is possible to plan where to strategically transplant fragments onto the reef to give the coral the best chance of success. Repeat surveys with the 3D camera set-up will allow researchers to accurately quantify the performance of the reef in rebuilding itself. 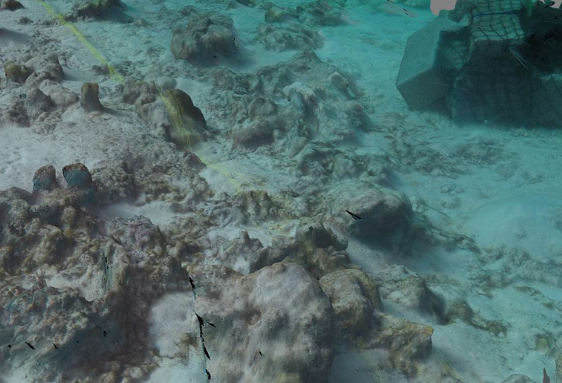 With the recent Intergovernmental Panel on Climate Change (IPCC) 1.5 special report painting a grim picture for coral reefs – projecting that a 1.5°C increase in global average temperatures would cause a 70-90% decline in existing coral reefs – new adaptive approaches to coral restoration are urgently required.