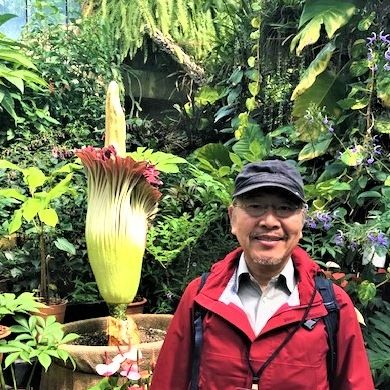 Earthwatch Japan (EWJ) was formed in Tokyo in 1993, a few years after the late Kikujiro Namba, met Earthwatch founder, Brian Rosborough, in Berlin in 1989. He deeply sympathised with the mission of Earthwatch. Since its foundation, the EWJ Tokyo office has recruited Japanese volunteers to Earthwatch global programmes, as well as generating domestic programmes to monitor the rich ecosystems of forests, Satoyama, rice paddies and coasts.

Shigeo Yasuda, became Executive Director in January 2011, succeeding Mike Kobayashi who had served EWJ since 1993. During Shigeo’s time at EWJ he has overseen a number of important domestic research projects including “The Butterflies of Mount Fuji” expedition. EWJ also pioneered the long-term Global Coral Reef Conservation Project with Mitsubishi Corporation. This measures the impact of global warming across the planet, including Okinawa in Japan.

Following the devastating Tsunami in March 2011, EWJ became involved in field research for the recovery of the ecosystems of heavily affected beaches and coastal farmland. Shigeo led this, along with a network of field scientists and volunteers. This research continued for 10 years, supported by enthusiastic volunteers from all parts of Japan and helped scientists produce insights.

Even under the current restrictions of the Pandemic, where fieldwork in groups of volunteers is difficult, little has changed in the importance of engaging people in scientific field research. Tomoko Nunoi, Shigeo’s successor, and Dr. Urabe are generating a new style of domestic programs, such as environmental DNA research, encouraging the ongoing involvement of a wide range of citizens across Japan.