We are pleased to announce an exciting new partnership with Royal Bank of Canada!

Urban freshwater bodies are an essential feature in cities around the world, supporting an extraordinary diversity of life and delivering vital services. However, with rapid urbanisation and climate change threatening ecosystem health these waterbodies are at risk. Through FreshWater Watch, leading local researchers, together with Earthwatch scientists, will train employees from RBC as well as volunteers from the communities, as ‘citizen scientists’, equipping them with the research skills to help collect scientific data on water quality and the status of these important environments. The data gathered will create a detailed picture of urban water bodies, filling knowledge gaps and supporting new approaches to enable better management of water resources. 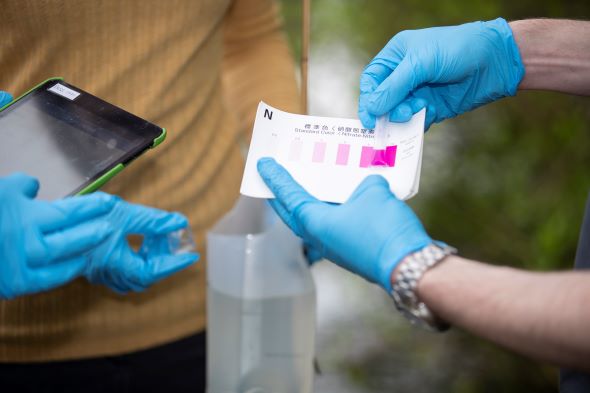 “Earthwatch is delighted to be working with RBC on this initiative.  Freshwater is critical to life on earth, yet this natural resource is in crisis. By engaging local communities as well as RBC employees in hands-on scientific research, we can develop a better understanding of the threats to freshwater in Europe and the most effective measures for protection.”

As major European capitals, each of the three cities is affected by rapid urbanisation and population growth. Luxembourg has experienced a large population increase over the past 20 years, leading to an increase in built-up areas and pollution, negatively impacting biodiversity and water quality.  Paris is one of the densest cities in the world with a population of 2.2 million people living within just over 100km2. As such, the River Seine and many of Paris’ lakes and ponds have been heavily impacted by urban activities and the loss of green buffer areas. Dublin’s river conditions are being compromised due to changing land use. These changes have had major impacts on the use of these rivers for recreation and drinking water supply. Efforts have been made in each of the cities to reverse the negative trend, however, knowledge gaps remain regarding the effectiveness of these actions and the long-term management of these vital ecosystems.

“RBC is delighted to be partnering with Earthwatch to help improve and sustain water quality and ecosystems in key capital cities in Europe. We are proud to support Earthwatch’s global research and educational initiatives in Dublin, Luxembourg and Paris which reinforces RBC’s ongoing commitment to the environment,”

Local research will be led by prominent scientists from the University of Luxembourg, Ecole des Ponts ParisTech, and Dublin City University.

More in this category: « HRH Prince of Wales looks into the future of climate change with Earthwatch Earthwatch Europe announces new CEO »
back to top