A pilot study has been published testing the ability of FreshWater Watch to monitor ambient water quality towards the United Nations Sustainable Development Goal 6, clean water and sanitation, with very positive results.

A new study has been published by the United Nations (UN) Water Capacity Development Centre that tests the potential of FreshWater Watch to monitor progress towards the UN Sustainable Development Goals (SDGs).

The study found that FreshWater Watch offers the potential for UN member states to monitor water quality on a larger scale using low-cost kits that do not require the kind of resources needed to support laboratory testing, whilst allowing citizen scientists to participate in the management of the resources upon which they depend.

The SDGs were adopted by the 193 UN member states in 2015 as a “blueprint to achieve a better and more sustainable future for all”. There are 17 goals in total, and SDG 6 is to “ensure access to clean water and sanitation for all by 2030”. All UN member states are expected to monitor water quality using an index that summarises data gathered on oxygen, nitrate, electrical conductivity, phosphate and pH levels. The UN’s 2017 baseline data drive received submissions from 52 out of 193 member states of varying coverage and completeness. Some states were unable to report due to insufficient monitoring activities and some with limited resources focused on monitoring a few key water bodies.

Four of the five measures can be tested through citizen science in FreshWater Watch. Oxygen is difficult to test outside a laboratory but a derivative called chemical oxygen demand (COD) can be measured to estimate oxygen levels. Phosphates and nitrates are part of the regular FreshWater Watch method and have been used globally by the project for over eight years, and many groups also choose to measure electrical conductivity.

The FreshWater Watch methods for these measurements have been extensively tested against professional accredited laboratory tests to ensure their accuracy. COD and pH were tested for the first time in this new study, with a view to developing FreshWater Watch into a tool that can be used by member states to accurately monitor and report their progress towards SDG 6. 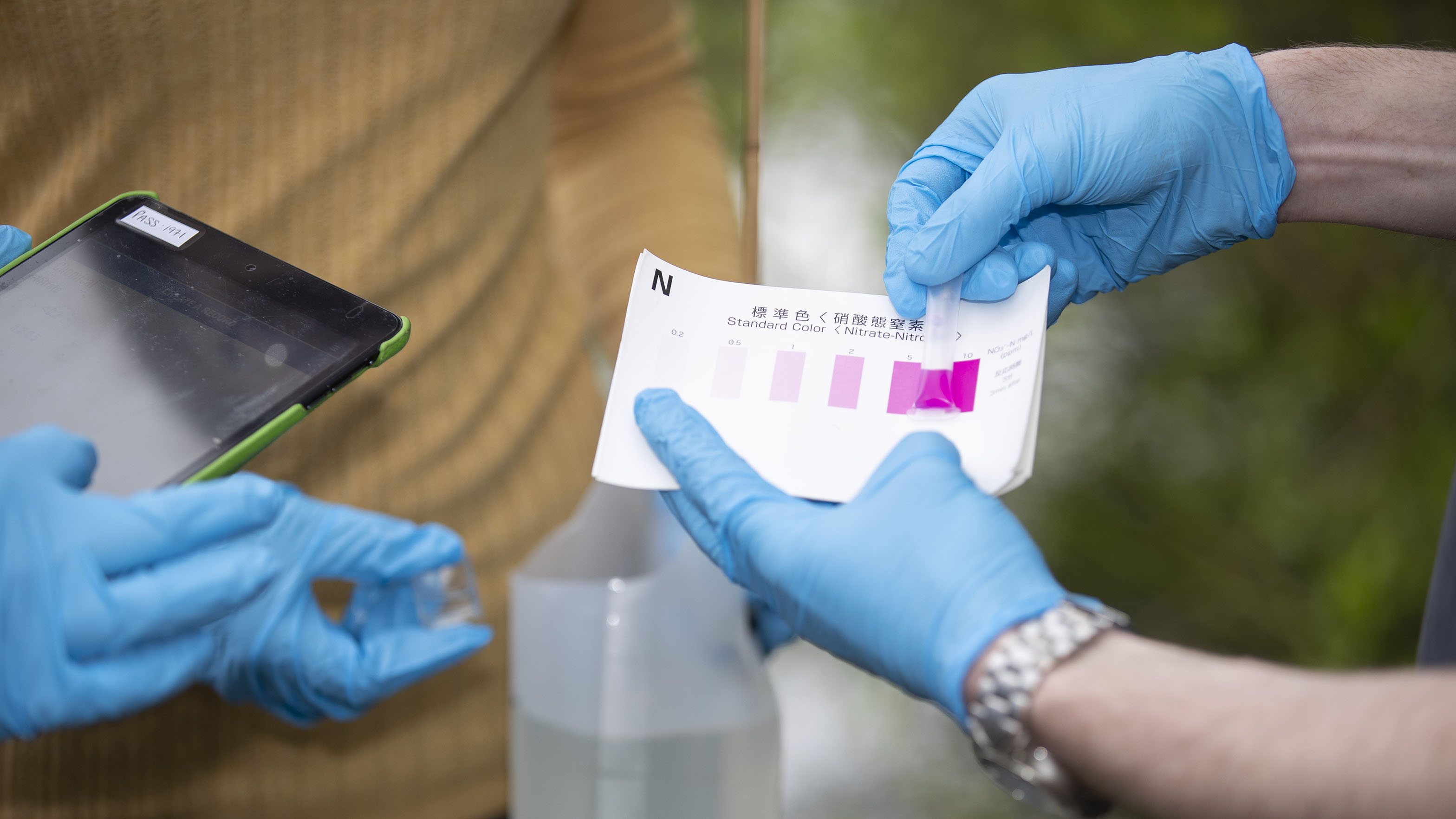 This is the first study to look at the potential of citizen science to support ambient water quality monitoring as part of the SDGs specifically, and is an important step towards giving member states the confidence to use citizen science data in this context.

Generally, the results were very positive.  The three measures previously tested as part of FreshWater Watch (electrical conductivity, phosphates, and nitrate concentrations) were in agreement with the accredited laboratory results. The two used for the first time this study (pH and COD) showed some agreement with laboratory data, but volunteers struggled to correctly read the results. This indicates that more work is needed to fine tune the new measurements. Where volunteers measure pH and COD, we will take opportunities to test alternative methods, to conduct more laboratory tests, and to help volunteers to better interpret measurements of pH and COD.

Earthwatch Europe is now working with various partners, including the UN Water Capacity Development Centre, to deliver new case studies in Africa based on the success of this published pilot. In Zambia, for example, volunteers in the Lower Kafue River Basin (a tributary of the Zambesi) are regularly monitoring phosphates and nitrates using FreshWater Watch, and are working closely with the local Water Resources Management Authority (WARMA) to see that the data they collect can be used for monitoring progress towards SDG6. On Lake Tanganyika, Tanzania, volunteers are helping to further test and improve the accuracy of FreshWater Watch by comparison to water quality measurements collected using sensors, drones, and satellites as part of the EU-funded MONOCLE project.