Thames Water partnership to save the River Evenlode battling through poo

The River Evenlode winds its way through some of the Cotswold’s most picturesque scenery and is a popular place for both residents and tourists to spend time beside. Children used to play in its ‘gin clear’ waters, and would watch the trout dashing through the water. These days, though, its pollution levels are so high that its waters are murky, and there is not a single place on the entire river that is designated as safe for bathing. 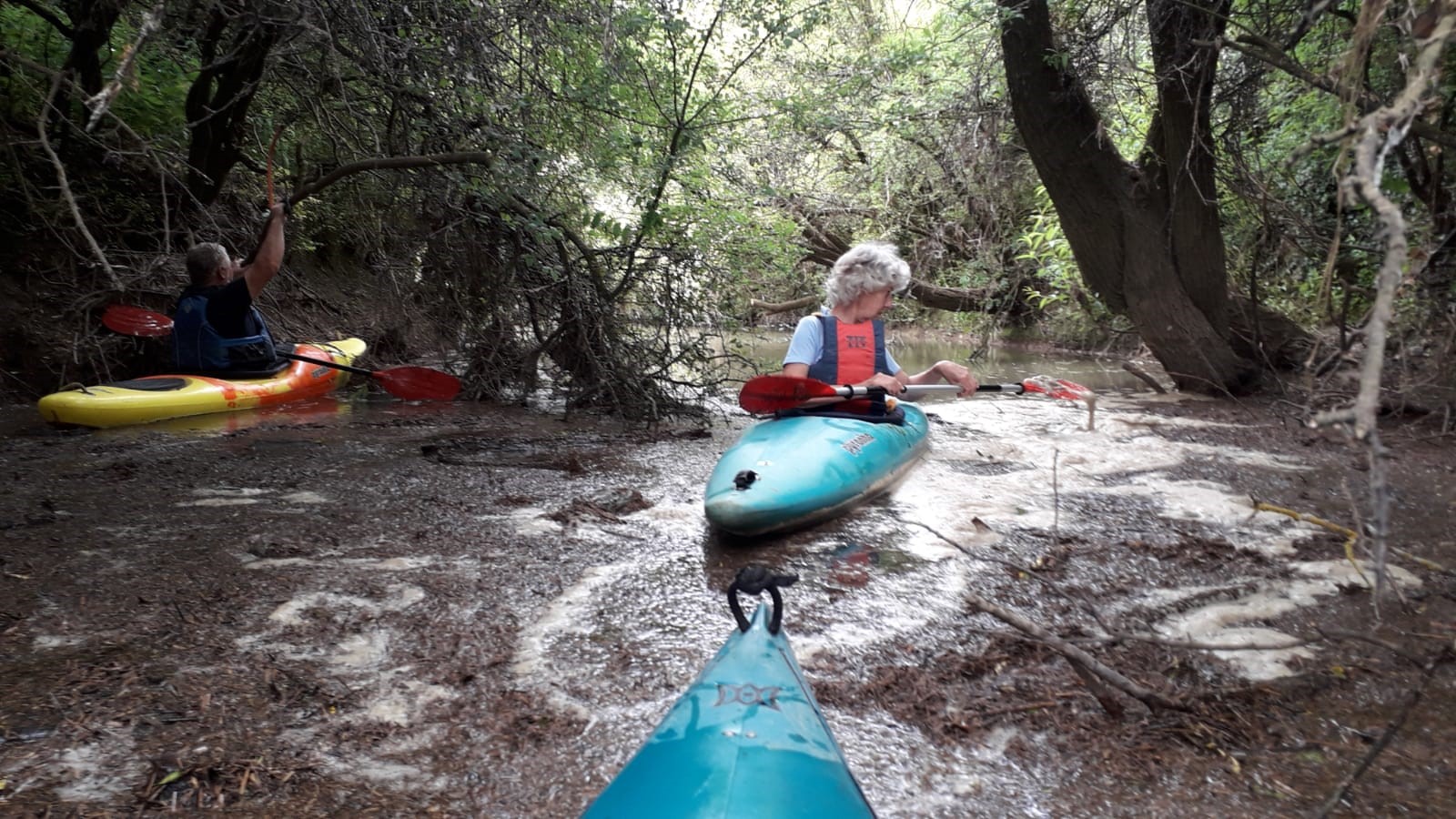 Kayakers navigating through polluted waters on the River Evenlode

The Evenlode ‘Smarter Water Catchment’ project, sponsored by Thames Water, was launched last week with a focus on improving water quality in the river. According to Thames Water, this project will see them ‘working in partnership with others in the region to make bigger and better improvements than we could make as individual groups and organisations.’ However, information collected by concerned local residents suggests that sewage pollution from the water company itself is causing many of the problems.

Data provided by Thames Water under the Environmental Information Regulations (EIR) shows that, between September 2019 and June 2020, nine sewage treatment works spilled untreated sewage into the Evenlode for over 8,000 hours. This is the equivalent of one sewage works discharging untreated sewage for 348 days – nearly a whole year. Much of this pollution is illegal and un-challenged by the Environment Agency.

Local volunteers have been monitoring the impact of this pollution on the river, after receiving training from Earthwatch Europe’s FreshWater Watch programme. They have been measuring phosphorus conditions across the Evenlode catchment since early 2019, including near major sewage treatment works. The data they have collected shows significant and consistent changes in water quality between locations upstream and downstream of several of the sewage treatment works. Additional study by volunteers has shown more than 100 times the recommended maximum limit of the gut bacteria E.coli downstream of the sewage treatment works in Church Hanborough.

The high levels of E. coli are obviously concerning for anyone wishing to use the river for recreation. High levels of phosphorous have consequences for the whole river ecosystem, affecting biodiversity and causing algal blooms that deprive other species of nutrients. At Milton-Under-Wychwood, one volunteer has collected evidence that shows that poor water quality is negatively impacting insect populations. This in turn impacts on the fish and birds which depend on insects for survival.

Current actions in place to reduce raw sewage pollution are totally insufficient given the extent of the problem and projected local development (according to Thames Water, every 100 new houses will add an extra 30 tonnes of raw sewage to the network). High concentrations of phosphorus have also been detected in treated sewage effluents, yet plans by Thames Water to install phosphorus stripping at four sewage treatment works along the river were significantly delayed when they were not approved in time to be included in the company’s latest five-year business plan.

Vaughan Lewis is a representative of the Evenlode Catchment Partnership – a group of organisations who work together to protect the river. He says: “Thames Water has allowed its sewerage network to deteriorate over-time due to lack of investment. We are now faced with a water quality emergency in our rivers. The current investment plans from Thames Water are totally inadequate to turn this problem around, with the lack of robust regulation and enforcement by the Environment Agency compounding the problem.

“At the current rate of improvement, it is very hard to see how we will meet the government’s target for all rivers to achieve ‘good ecological status’ by 2027. It’s lamentable that only 3% of local water bodies currently meet this standard.”

Find out more about the latest FreshWater Watch results in the Thames catchment area here: https://earthwatch.org.uk/component/k2/wb2021

back to top
Return to 50th Stories